The keywords must include "NumColumns".

NumFields is treated as an alias of this, as is NumCols. The canonical name is NumColumns.

Have long wanted to be able to refer to cell values either by their number, e.g. $3 or by the name of the column, e.g. $CustomerNo -- assuming we did not err by treating the first row as a header row.

Note the filter menu is restricted for use to registered customers.

The filter menu would include an editable selection of filter examples. Selecting one of them turns on the filter menu (if it is not already on) and pastes in the selected example filter. In built from day one would be examples for the following:

From the "Add Filter Example" button there is a form where you can add more. Could also be a button to let you send the example you're working on back to 'nimbletext.com' as a suggested item to include in future versions.^1 From the "Edit filters" example there is a modal where you can rearrange the menu items, or edit them, or remove them.

^1 Similarly there could be a "suggest this for next version" button in the form to add/edit a snippet.

There are always more functions to add. Currently on the proposed list:

This: "Microsoft Edge WebView2" looks interesting but is still in developer preview. It might mean that the embedded browser is finally able to handle arrow functions and better styling.

Read through questions people are having at stackoverflow to take the pulse of the developer community on this emerging tech: search tags webview and microsoft-edge at stackoverflow.

In time it might also be useful for a Mac/Linux version without resorting to Electron.

This: "WebWindow" looks interesting. It's status is: prerelease.

We could also use react native to make it just as good on tablets and ipads and smart phones and more. Though the browser version should be the canonical one.

Monaco editor as used by vs code is the way to go to achieve block editing syntax highlighting line numbering and a lot of other functionality.

A lot of effort but an awesome goal. 🥇

For each for Columns

I would like to add the ability to loop through columns. The tokens involved could be:

Let's say there could be a suitable syntax, though I'm not sure where it ends.

When we are inside a $coleach what do we use to refer to the current cell for the current row? $cell ?

And then every $coleach ends at when any of these things are found:

BUT what happens if you hit another $coleach inside a $coleach ? does that mean you effectively emit a $endcoleach (to exit the current endcoleach) before continuing into the next $coleach or does it mean there is an inner loop of cols inside cols...?

I think it would not allow inner loops. So then where are we?

What happens if we hit two $endcoleach's in a row? It's an error, but how do we flag that kind of error within nimbletext? We would simply ignore the second $endcoleach and continue on, but it would be good to report a warning in some way.

Have to at least document examples of doing work with current and previous rows.

You can set up variables, for example: 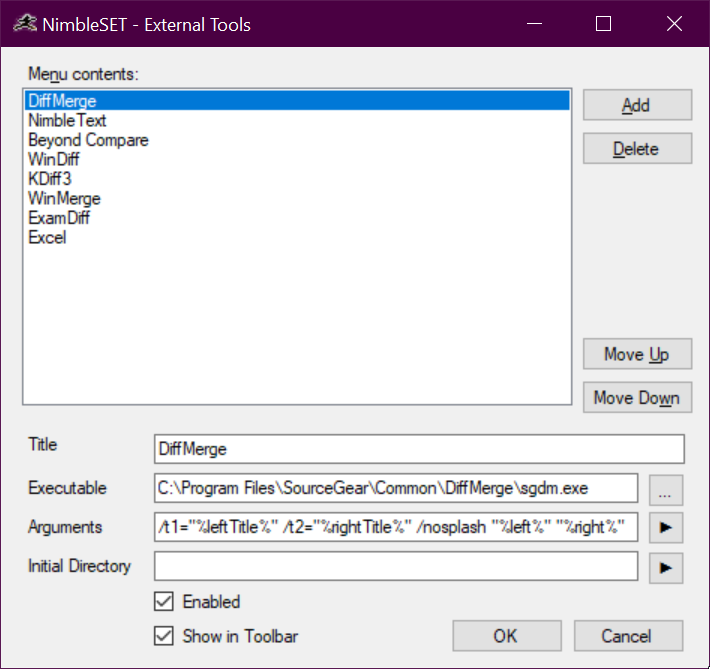 Consider a language feature for repeating a section an arbitrary number of times. e.g. could generate data with it.

To understand how to proportion and relocate and emphasize or deemphasize certain items in the user interface:

Create a voluntary (opt in only) way for enthusiastic users to collect useful information for us that will be inspectable (and quite legible) to the end user, but which cannot be used to de-anonymize the user. Then the info will be used to improve (or reduce) the visibility, impact and style of user interface elements, in order to maximize success with the product.

I am not sure what benefit would accrue to this voluntary force. I could certainly offer a badge that is visible on nimbletext. But I would like it to enhance the appearance of NimbleText, which is already overburdened with "flair"

Of course this is the highest priority. It would default to be being based on your system settings. But you could override it. Hence you would have three possibilities:

Other theme/skin features are not proposed at this time. (I do have to do some theme selection features in ClownCar, an open source .net core static site generator I tinker with at times.)

You can also get general help, help on all the symbols and keywords, or on the built-in functions, filtering with a where clause, help with the powerful command-line automation, or applying custom formats to your dates and times.

You need to purchase a license to unlock all the features in NimbleText.

If you haven't downloaded NimbleText yet, then for added power, privacy and versatility I sincerely think you should download it now.

and screencasts as well

master the art of data taming